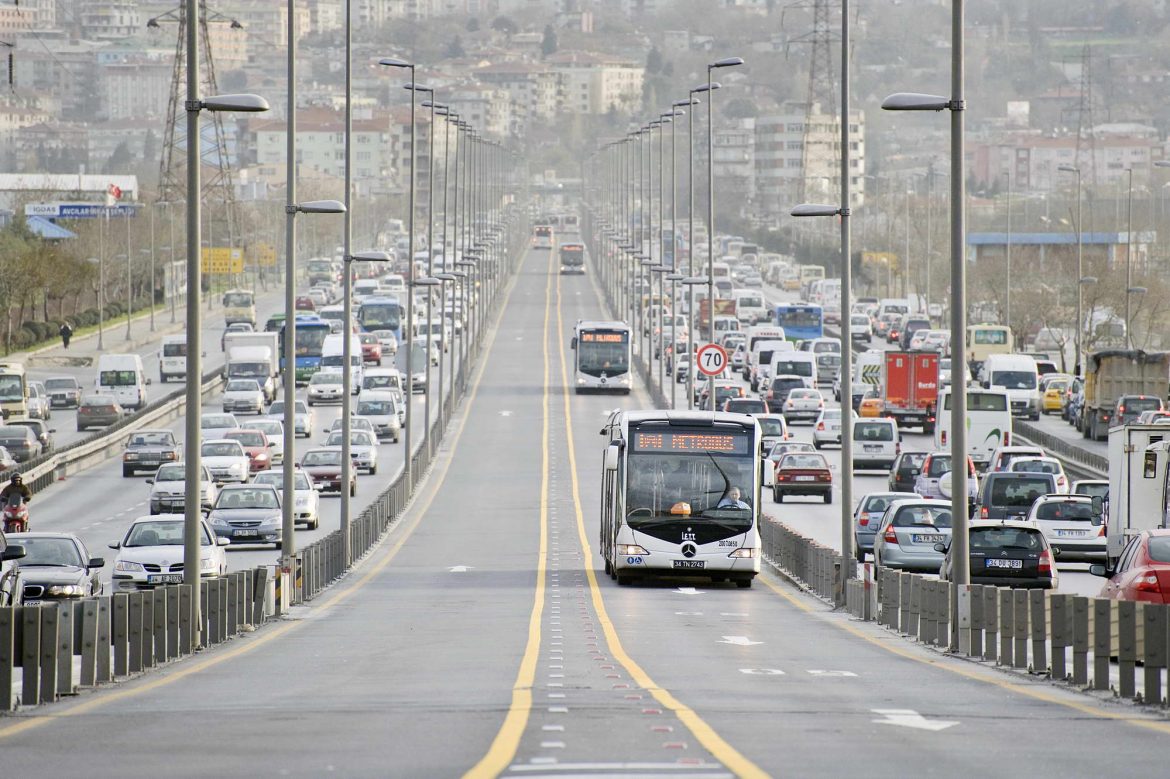 Istanbul is a city of constant mobility, rich in economic and social activities, a year-round tourist center, a two-continent city, an Asian side and a European party. Istanbul has a wide range of transportation and transportation to meet the constant need to travel around the city. Which has a population of more than 18 million, has led to the need for several means of transport.

The word Metrobus combines the words Metro and Bus. It combines the characteristics of these two means. The network contains a fleet of 480 long buses running on a dedicated route, Metro, not affected by traffic congestion.

Construction began in 2007, bringing the Topkapı areas of Istanbul and Avcılar to the western end of the city with a 22-minute duration, up to 48 minutes using other means of transportation. In 2008, many new roads and stations , Reaching between Avcılar in the western end of Istanbul and Zincirlikuyu near the first Bosphorus bridge, and the number of stations was increased to 22 stations during only 77 days. The road was opened through the first Bosphorus bridge to the Söğütlüçeşme station on the Asian side, thus connecting the two sides together in the shortest possible way. The time limit was reduced to 63 minutes from Avcılar on the European side to Söğütlüçeşme at the Asian side. Construction of an additional route to the Beylikdüzü area in the western part of Istanbul. The distance between the two extremes of the Metrobus line will be close to 100, from the Asian to the European side, and to carry approximately 800,000 passengers per day. And reach the length of the line to about 52 km.

Another popular transportation in Istanbul is the metro. The construction of the underground railway began in Istanbul in 1992 and the first railway line in operation was the Taksim-Levent dividing line in 2000. In 2011 a new diversion was built to reach Şişhane, Yeni Kapi station also yenikapı, so through the bridge passes over the Golden Horn Bay and reached between the Şişhane Şişhane station and Vezneciler station, bringing its total length to 23.5 km.

From Yeni Kapi station to Yenikapı center of Istanbul many transfers were built, reaching Ataturk Airport and Kirazli. On the Asian side, a metro was built between Kadıköy and Kartal. It extends to Tavşantepe in the east of the Asian part of the city.

The Istanbul Metro, a total of approximately 1,800,000 passengers, is transported daily.

The total length of the railways is expected to reach 641 km in 2023, the centennial of the Turkish state.

There are also many transportation routes in Istanbul, such as the ferry, which connects passengers between the Asian and European sides, or from Istanbul to Bursa and Yalua.

Public buses also have a large share of transport, with a bus stop on each street, if not two or three, which carry about 900,000 passengers a day. 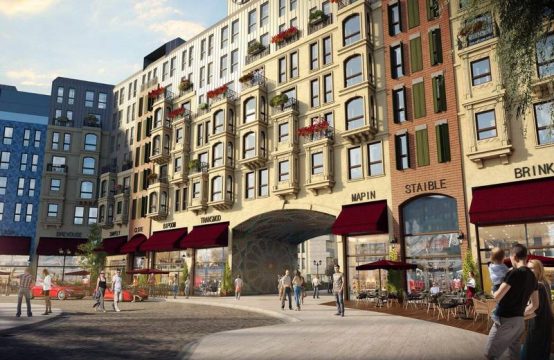 villa for sale in Istanbul Within a residential complex || REF 383 Büyükçekmece $185,000