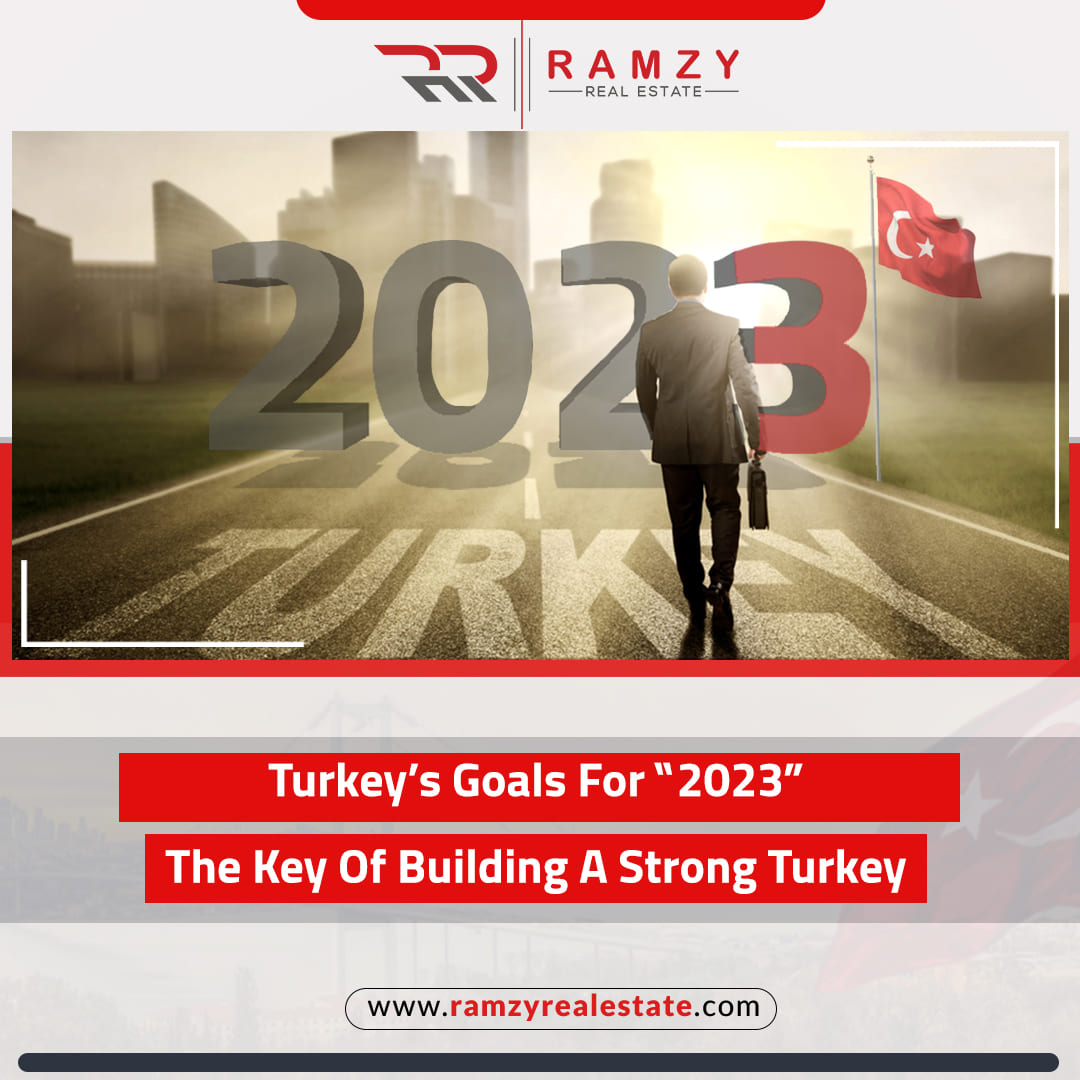 If you are interested in following up on the Turkish matters or keeping up with the news in general, then this sentence must have been repeated to you: “Turkey's goals for the year 2023”, but what does it mean by Turkey’s goals for 2023? What is the reason behind the Turkish president mentioning this phrase in every speech he gives !? This is what we will learn in the next article ...

What does 2023 mean for the Republic of Turkey?

We want to go back in time a little, and search in the folds of history so that we can answer this question, specifically a century ago from our current time, when the Islamic nation lived through the fall of the Ottoman Empire and its rule on the throne of 600 years, until the First World War, which the world witnessed. With its end, the Treaty of Lausanne was signed between Turkey and the victorious Allied countries during the First World War.

That treaty which provided for the abolition of the Ottoman Empire, to be replaced by the secular Turkish national republic led by the late President Mustafa Kemal Ataturk.

The treaty bound Turkey to several handcuffs, as it stipulated:

In view of the aforementioned and the Treaty of Lausanne, which restricts Turkey and prevents it from making any step related to the clauses before the passage of a hundred years after the signing of the treaty, we can understand the importance of 2023 and the phrase Turkey's goals for the year 2023 that the Turkish president continuously reiterates, as the treaty will end in 2023 and this date will be As a holiday for Turkey, a day when Turkey gets rid of the restrictions that were for it deadly restrictions.

Turkey's goals for 2023 and Erdogan's promises to Europe !!

In his speech during the seventh conference of the Justice and Development Party in the gymnasium in the capital Ankara, Turkish President "Recep Tayyip Erdogan" vowed to the countries of the world and Europe specifically, that 2023 will witness the birth of the state of Turkey again, stressing that this birth will break expectations.

And that the officials of his "Justice and Development Party" are continuing to work to achieve Turkey's goals for the year 2023 and lay the foundation stones for Turkey to witness an unparalleled take-off,

What has Turkey achieved so far from the goals of the year 2023?

At the same conference, Erdogan thanked the leader of the Nationalist Movement Party "Devlet Bahçeli" for his participation in the People's Alliance on Turkey's path towards achieving its desired goals for the year 2023 and its vision for the year 2053.

What do Turkey's goals for 2023 relate to real estate?

Speaking to Ramzy Real Estate , Mr. Faruk Akbal, President of the Association for Real Estate Promotion Abroad "GIGDER" said that Turkey seeks to increase the income of real estate sales to foreigners in 2023 to break the barrier of 15 billion dollars, and 20 billion dollars in 2025 as expected.

He said that this is the lowest estimate when looking at the huge numbers of foreign investors, especially Arabs, who prefer to live and invest in Turkey during the last decade of time.

Stressing that these investors are an important value for Turkey, and with the help of "GIGDER" members, they will be able to encourage and attract them continuously, with many advantages such as the advantage of obtaining Turkish citizenship in exchange for an investment of $ 250,000.

And that Turkey is working hard to make Istanbul an international center for real estate investment in record time.

What is the truth about the fluctuations in Turkey at the present time?

Erdogan stressed that the fluctuations in the markets during the recent crisis never reflect the true picture of the Turkish economy, and that some sectors in his country are witnessing a remarkable recovery, despite their sluggishness in other countries, referring to this to the Turkish Real estate sector

He also praised Turkey's economic growth despite the Corona crisis during the past year, as the growth rate reached 1.8 and thus Turkey ranked second after China within the G20, which qualified it to be the first candidate instead of China to produce European and American goods.

And he added, "Despite the huge recession caused by Corona in the world, Turkey will be in first place

He promised that Turkey's economy will show improvement in the coming periods, by focusing on effective investments, production, exports and employment of manpower.

He pointed out that Turkey was at the forefront of countries that proved its resistance to shocks continuously, thanks to its flexible dynamic, and permanent preparations for any risks.

And he went on: I call on foreign investors to believe in Turkey's capabilities and strength, stressing that Turkey will reach levels that exceed expectations, by developing the economy and refining it on the basis of investment, production, employment and export in the coming periods, to ensure the achievement of Turkey's goals for the year 2023 and then 2053 through the People's Alliance.

Apartment For Sale In Istanbul