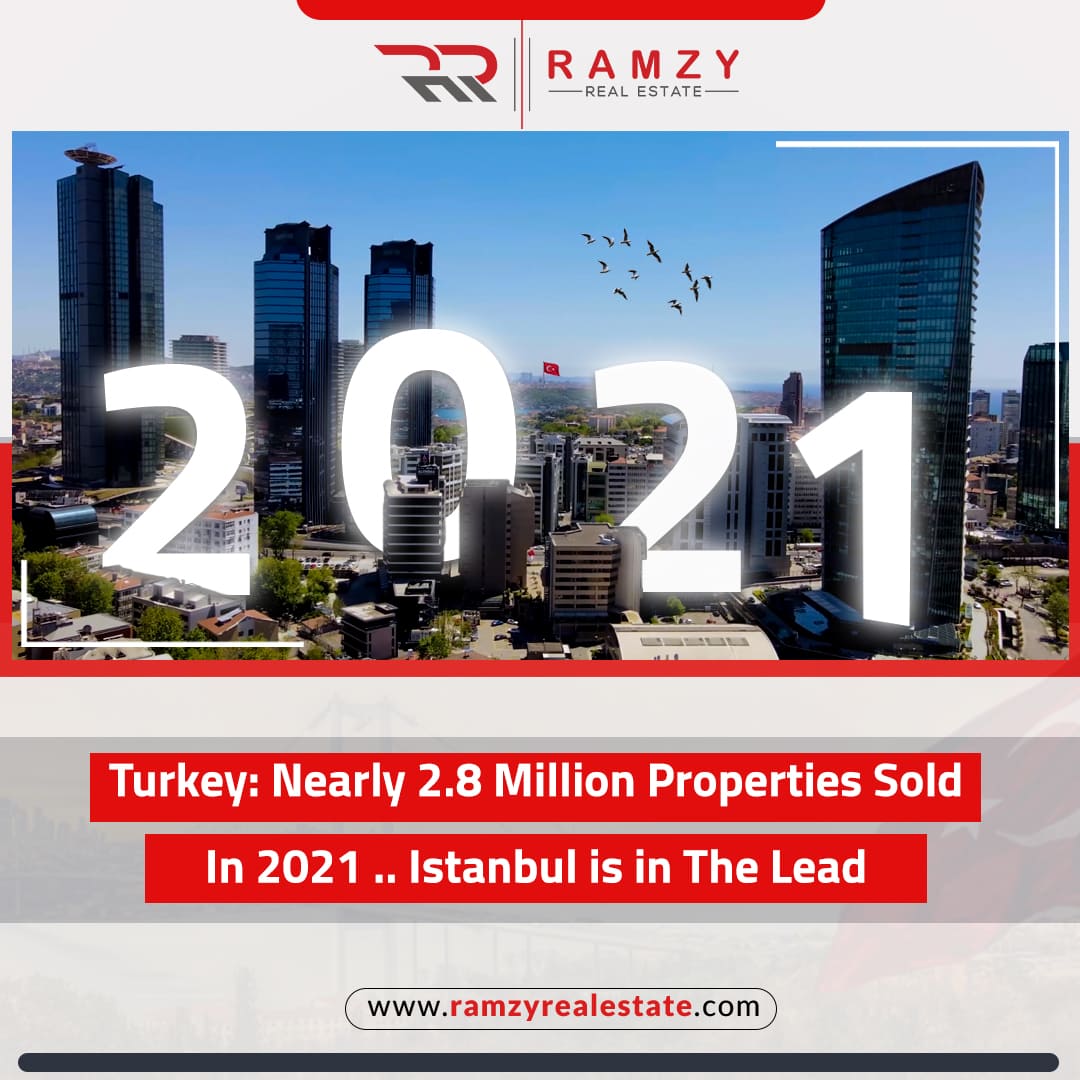 Despite the repercussions of the virus, which is still trying to bare its teeth and surround the world with harm, Turkey is able to find a loophole to escape continuously, and this time the real estate sector has proven once again that it has great flexibility and great solutions that resemble lifeboats from crises , as Turkey's real estate set a new record One of the successful real estate deals, what is the secret behind it?

In a statistic released by the Turkish Ministry of Environment , it was found that real estate sales in Turkey approached 2.8 million successful sales during the first 11 months of 2021.

As for October, it witnessed 291 thousand and 853 sales

During the months of January and November, Turkey's real estate topped a record with two million and 768 thousand and 262 properties.

The largest share of real estate sales belonged to residential apartments, as the number of apartments sold reached 1,231,524 apartments.

As for the lands, it came in third place with 428,845 sales operations.

As usual, Istanbul ranked first as the most attractive Turkish state for buying real estate, with 354 thousand and 25 transactions.

Thus, Turkey will record a noticeable improvement in the percentage of real estate sales sold when compared to last year 2020.

One of the factors that played a fundamental role in overcoming the real estate sales deficit in Turkey is the online ownership services without attendance, as the Turkish government has facilitated all legal matters to make the online purchase process simple and secure.

In turn, Ramzy Real Estate has included dozens of investors in the family of its clients through online ownership services, and some of them obtained Turkish citizenship and passport and were beneficiaries of the recent crisis, not affected.

The fall of the Turkish lira is just as important:

It is also not possible to deny the important role of the decline of the Turkish lira, which was the master of the situation during the last month and a pivotal reason for foreign investors to pour a large part of their capital into the Turkish real estate market, especially since the price discrepancy between the dollar and the Turkish lira has become large and has reached places it has not reached before, and in light of this, real estate sales in Istanbul increased significantly compared to the previous months.

The stability of the Turkish economy despite the surrounding crises is also an important reason for Turkey's real estate to reach this state, despite Turkey's crises and confusions in many places that the Turkish economy is still coherent and even achieves new growth at every possible opportunity, as the Turkish economy has achieved growth By 7.4% during the third quarter of 2021, compared to the same period in 2020, Turkish President Recep Tayyip Erdogan promised the world that his country would get out of this cycle and no one would be allowed to make economic growth unstable.