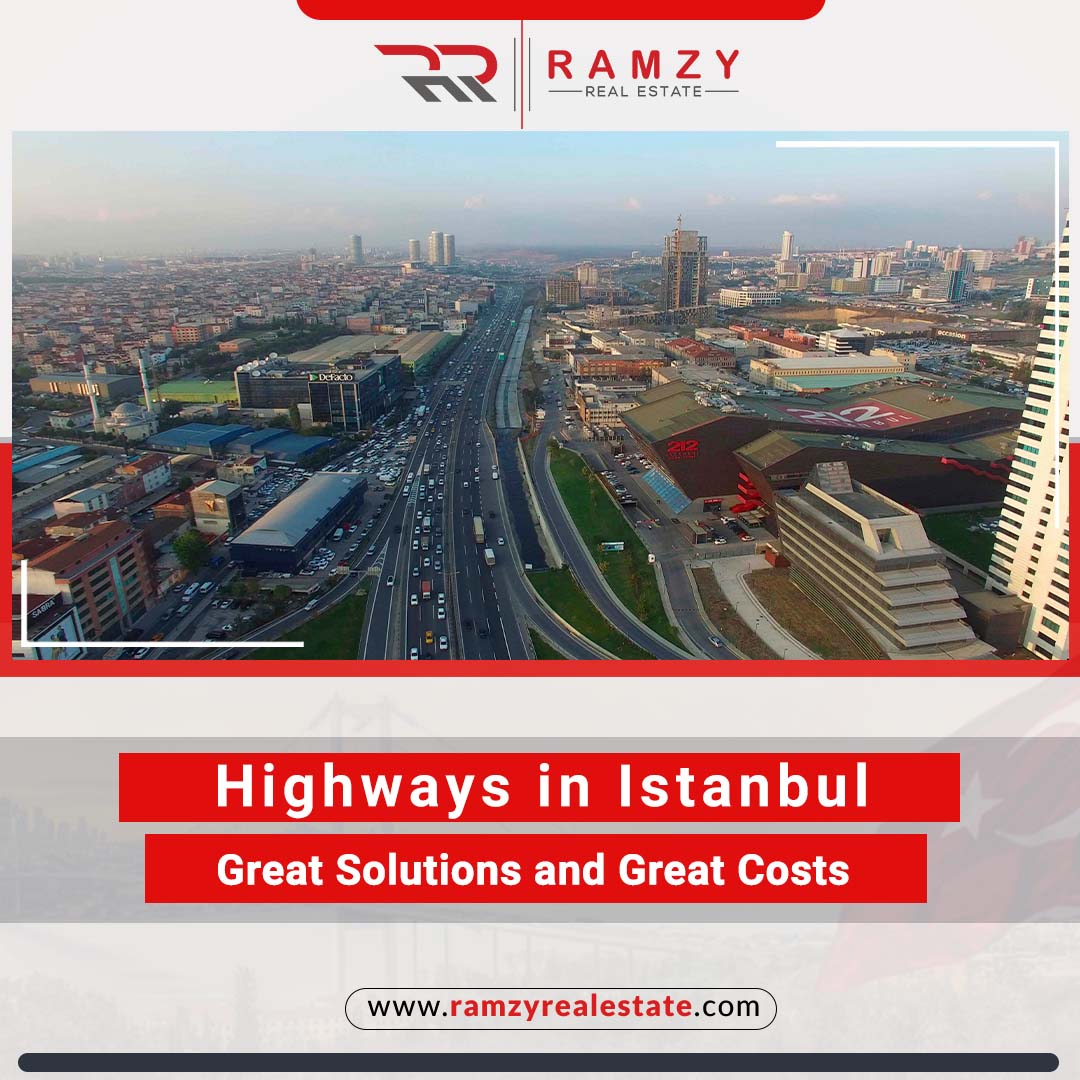 All you need to know about highways in Istanbul

Are the highways in Istanbul rented, such as the Basin Express highway and the TEM highway ?? What is the express system and how is the HGS fee paid, all of that and more in the following article:

Since the uprising that it went through in 2002 until the present day, Turkey continues to advance and progress in all fields, refusing to slow down or stop launching the largest projects in the world that compete with major European countries

Perhaps a large part of these projects was related to suspension bridges, highways and other railways that are now connecting Turkish cities to each other, and even Turkey to the world.

And because it is the largest Turkish city and the second largest city in the world in terms of population, it had the largest share, as the Turkish government built more than 50 highways within that city, making it ideally connected with its surroundings from the internal and external countries, not to mention its strategic location. Originally, it is also the main reason for the government to pay much attention to it.

The most important highways in Istanbul:

Istanbul embraces the most important main roads in Turkey and the world and it has an important center in this field, especially since Istanbul alone includes 3 main roads, which are a vein, artery and central nerve for it.

With enormous potential and great length, the European “TEM” highway was built, which starts from Lisbon in the Portuguese capital, through Turkey, specifically in Istanbul, to the Iranian city of Pazargan, where it ends.

The length of this highway in Turkey only reached about six thousand nine hundred and sixty square kilometers (6.962 km2).

When was the TEM highway built?

As one of the regional cooperation projects, this road was established in 1977 AD with technical and administrative support from the United Nations Economic Commission for Europe (ECE / UN). It is the largest joint regional project, and it was called the “Artery of the City” because of its great importance.

Its route starts from the Buyukcekmece district, then Beylikduzu area, passing through the “Fatih district” to the Asian section of Istanbul. The E5 highway is considered the most important main road in Istanbul and is the city’s vein for its important role in reducing traffic congestion by embracing the most important means of transport in Istanbul, which is the “metro boss line”.

What is the metro boss (express bus)?

Its length of 52 km, and the number of passengers exceeding 800 thousand passengers per day, contributed to the reduction of traffic congestion in the city of Istanbul, and reduced the emissions of harmful gases, which made it an environmentally friendly means of transport, facilitating access to all areas of the city safely and quickly, distinguished from others Of transportation and means of transport with a dedicated lane that does not share the regular motorway, although it passes through the heart of a major highway.

Perhaps the most important feature of Metro Boss is that it works 24 hours without stopping !! Connecting night with day and east with the west.

This road is considered the central nerve of Istanbul, as it intersects at two different points with each of the two main roads “E5” and “TEM” not to mention that it is the main road that connects Istanbul's third airport, “the largest airport in the world” with the rest of the city, in addition to being a center The new Istanbul and its commercial heart

It embraces more than:

5 of the best international schools

2 of the largest malls in Istanbul

It is a forum for entrepreneurs and big businessmen and a central business district, according to the plan adopted by the Greater Istanbul Municipality.

The impact of highways on Turkey:

These various roads have played an important role in the social and economic development in Turkey in general and in Istanbul in particular, through the establishment of main and secondary highways, which contribute to enhancing accessibility and linking the various Turkish cities and neighborhoods, alleviating traffic congestion, reducing distances. It shortens time and is one of the most popular reasons for investing in real estate in Istanbul.

Not to mention that Turkey linked it with many European and Arab countries, and there is no doubt that this was the most important factor strengthening Turkey's trade and economy, as these main roads link it between the Baltic Sea, the Adriatic Sea and the Aegean Sea, in addition to the eastern Mediterranean and the Black Sea.

Are Istanbul highways for rent?

All cars and trucks can pass through these roads, but vehicle owners who wish to cross most of these main roads must have their vehicles subject to the express passage system or the so-called "HGS", which is a fast payment system that works by radio frequency radio and its function is to deduct a certain amount each time. Cars are registered as passing through one of the HGS restricted highways.

Are Istanbul highways to be paid?

The HGS system is used throughout the Turkish Republic and is applied to all passing boats through small gates carrying a digital plate in the name of OGS & HGS. This system is a very useful system, especially as it provides a quick solution to traffic instead of waiting at the manual ticket counter for payment before HGS express system is approved.

What are the traffic fees of highways in Istanbul?

The traffic fare varies within those points from one place to another and according to the type of the passing car or truck, but it is considered a symbolic fare for regular cars, ranging from 3.5 to 8.75 Turkish liras and more for commercial cars or trucks of category 3, 4 and 5.

How is HGS paid?

You can obtain the HGS card or express pass card through the nearest branch of PTT to you, or by showing the car papers and the necessary licenses to the banks contracting with the HGS department in Turkey. As for the HGS card, it is a sticky card that is placed on the windshield of the car To be prominent every time the car passes through the payment gates.

The impact of highways on the real estate sector:

Each of the highways contributed to the support of the real estate sector in Istanbul in general and the neighboring properties in particular, adding to them a very high investment value, not to mention the desire of many investors from around the world and their increased demand for residential projects located next to those roads, as the opportunity to buy is within those Projects are considered a successful investment opportunity in every sense of the word.

Residential projects near the main highways:

Due to the importance of these roads and the value they add to the properties that surround them, Ramzy Real Estate has collected our best residential projects located on the main highways to show them to you ...