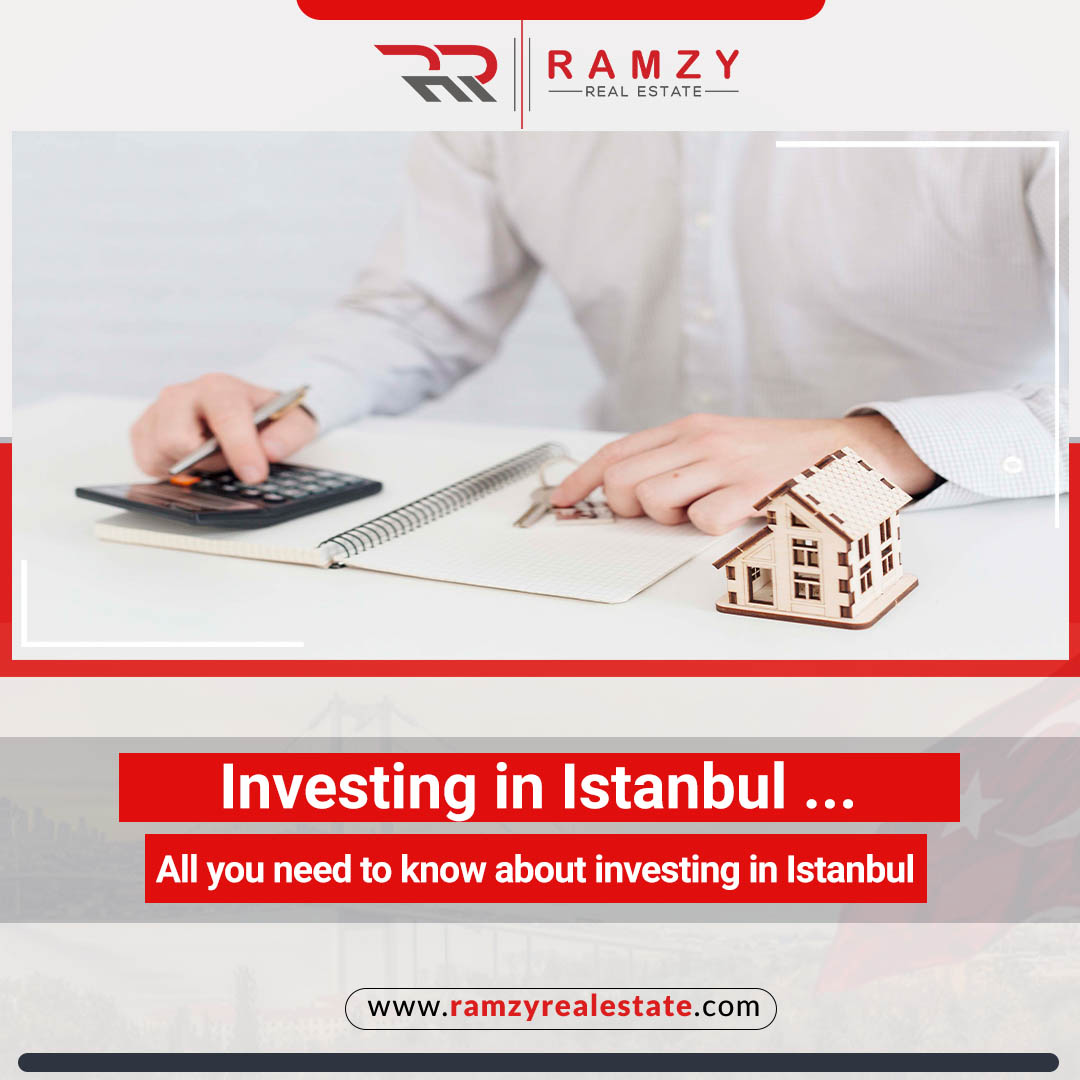 Most of us at the present time use the term investment, or what is called “English investment”, as a major topic of great importance without other topics, and since investment is a term available in various parts of the world, there is no doubt that there are cities who outperformed their peers in that field called investment .

Here, we can say that Istanbul ranks first as the best investment stations in Europe and the world, as investment in Istanbul had opened wide horizons for millions of investors in many fields, so that they achieved huge profits, and doubled the volume of their business in the state of Turkey several times, which led to The emergence of investment from Turkey and its launch to the global arenas.

What is an investment?

Investment is treated as the most important factor affecting the economy of countries and it is the first and main source of wealth for millions of individuals over time.

And the investor continues to search for the land that contains his investments and will be the window towards its success, and this is precisely what the city of the two continents has been able to achieve.

Learn the facts and reasons that encourage investment in Istanbul

Reasons and facts that push you to invest in Istanbul:

Istanbul is one of the largest European urban agglomerations, and its population is almost 16 million. According to a survey report carried out by the London-based research and statistics company "Euromonitor International", it was found that Istanbul has ranked third in Europe and the center The twelfth most visited city in the world.

As the total number of tourists who visited Turkey in 2018 reached about 46 million tourists, and there is no doubt that the city of Istanbul is on the first place among its peers from Turkish cities in the field of tourism.

Administratively, Istanbul consists of 39 municipalities, 27 of which form the central regions of the city, and each of those districts is called “Greater Istanbul”.

On the economic level, Istanbul is considered as “the largest industrial center in Turkey,” as it contributes to the highest growth rates in the country.

The following is a chart explaining the most important of these rates:

The American website “Insider Monkey” ranked Istanbul as one of the best cities for billionaires in the world, according to a recently released report showing the number of rich people living in it.

A safe investment environment is the best factor for successful investments. As for the developed infrastructure, there is no doubt that it constitutes the basic basis for truly supporting your investment, as the probability of the success of the investment rises the more solid and developed the infrastructure and in line with the requirements of the times, and this is what is already achieved through investment in Istanbul, including the allocation of industrial cities in Istanbul, free trade zones, as well as highways and suspension bridges, a variety of transportation, means of transport, shipping, live drainage resources, water, communication networks, electrical networks, and others

Not to mention the provision of easy and decisive legislative structures and economic laws that would equalize both local and foreign investors alike, and this is one of the most important factors encouraging investment in Istanbul.

It is worth noting that Istanbul is one of the easiest cities in the world to launch your business and establish your company legally, in just a few days!

There is no doubt that the great renaissance that Istanbul has witnessed recently in terms of infrastructure was able to place the city in the ranks of the largest countries that attract investments in the world.

What are the most important infrastructure projects in Istanbul?

Istanbul does not stop launching hundreds of pioneering and huge projects through which it competes with the largest European countries and the world, perhaps the most prominent of which was represented by:

- The largest airport in the world “Istanbul third airport”

- The largest commercial centers and malls

What are the advantages that encourage investment in Istanbul?

We can say that they are hundreds of features, but if we are to mention the most prominent of them, it is worth saying:

- Istanbul is the second most attractive city in the world after Paris.

- High population density in the city

What are the types of investment in Istanbul?

Besides the availability of strong and ideal infrastructure, investors in Istanbul can benefit from several important advantages of the city, and perhaps the most important of these advantages is the diversity of investment options in different sectors where the investment options with economic feasibility expand for those wishing to invest in Istanbul, and we review the most important of these options:

- Agricultural and food investment in Istanbul

Not to mention that Turkey is a key member of the Group of Twenty industrialized countries, which account for two-thirds of the world's trade and more than 90% of global crude output, as well as being a reliable source of high-quality consumer goods. Most importantly, Turkey is now the largest producer in Europe in terms of Light commercial boats and televisions.

It is certain that Istanbul occupies the first places among Turkish cities in the industrial field, of course, due to the fact that it embraces many industrial areas spread over large areas. These industrial zones offer many fields, the most prominent of which are:

- Manufacture of materials for water purification

Agricultural and food investment in Istanbul:

Turkey is characterized by the diversity of climatic regions in its various cities and thus its agricultural crops are naturally varied. Istanbul also receives annually the Turkish-Arab Economic Cooperation Summit for food, agriculture and hotel supplies “turabexpo” on November 19 of each year, with the aim of exchanging experiences and encouraging investment in this vital aspect.

Service investments are of paramount importance to those who are about to invest in Istanbul, and they are represented by:

Real estate investment in Istanbul is one of the most important and best types of investment in Istanbul, and some investors called it the soul of the city, while others described it as the winning card as an investment, as real estate sales recently achieved very good gains and profits even during the recent crises of the Turkish lira, the opportunity was favorable. For many investors to consolidate their investments and demand new deals at unprecedented prices if compared to real estate prices in US dollars or Saudi riyals, for example.

Consequently, thousands of golden opportunities were provided to engage in hotel real estate investments, and the option of investing in commercial shops for sale in Istanbul was a highly reliable option for foreign investors in particular, in order for them to earn meaningful and guaranteed financial returns through leasing or resales.

Real estate investment in Istanbul also provides “luxury commercial complexes” by which commercial activity is superior to residential, as it provides the home office system, or what is known as home office, and it is an ideal option for those looking for a professional office environment. Huge complexes that combine all of the two “commercial” activities are also available. “Residential” together

Through residential towers and commercial towers within the walls of a single project, that would reduce barriers and distances between private life and work life, and this is what is specifically provided by our project 171 in the Taksim area.

Many may ask why investors prefer to invest in Istanbul over other Turkish cities ??

It is worth answering: that the qualitative leaps that real estate investment in Istanbul has gone through were one of the most important factors to lure investors and push them to choose Istanbul in the first place. This may be due, in part, to the extension of the city’s vast area between the continents of Europe and Asia, where the best real estate investment areas are distributed in Istanbul.

Given the wide options available for investing a property in Istanbul, it has become fashionable to encounter many advertisements for apartments and commercial and residential projects for sale in Istanbul, but it is not wise to rush to make a purchase decision except after consulting with experts and specialists in the real estate field, especially in light of the difference and variation in prices. Apartments in Istanbul, as you should be careful not to fall into the net of real estate fraud during your investment.

What are the factors that determine apartment prices in Istanbul?

Investors give priority to the real estate site and are looking for the best places for real estate investment in Istanbul, as the proximity of the site or its distance to the city center, for example, or archaeological areas, sea views and other areas adjacent to the mega projects, all of this represents a major role in determining the importance of the property and its value.

The property's proximity to the metro and metro bus networks and their lines in general:

With the continuous growth of public transport networks in Istanbul, real estate prices continue to be affected by rise and fall whenever it approaches or moves away from modern transport stations and lines such as the Metro Bus, the subway, the tramway ... etc.

The property is near to malls and famous shopping centers:

One of the most important things that positively affect determining the value of the property to be purchased is its proximity to malls, shopping and entertainment centers, due to the great importance that these famous malls carry, especially since the city has a distinctive tourist character.

Istanbul is known for its wonderful shopping experiences, as it is the home of the Covered Market (the largest covered market in the world) and includes the most important malls in Europe and the world, for example:

- And Marmara Park Mall in Esenyurt.