What distinguishes Istanbul from other European cities 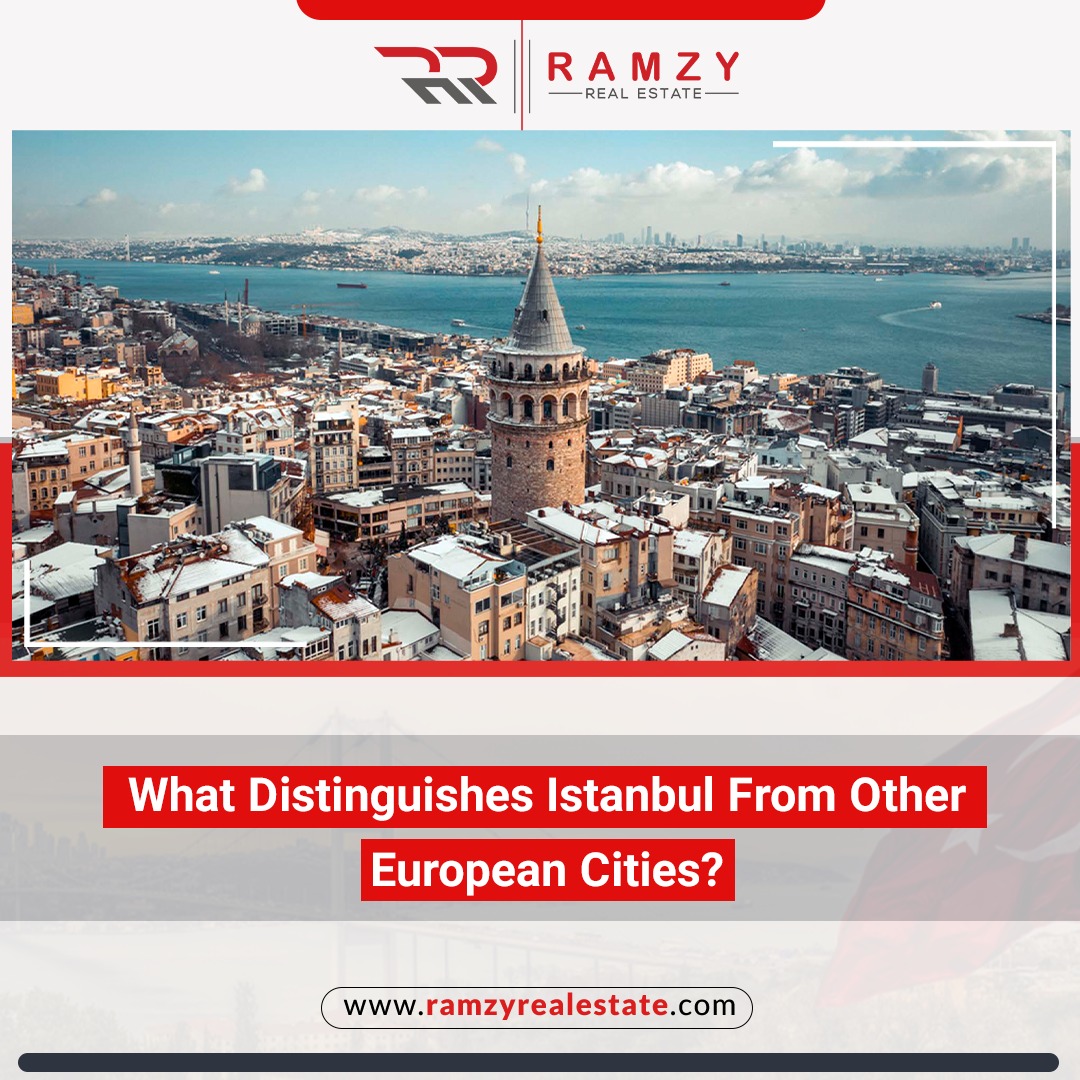 The advantages and components that Istanbul enjoys in fact are many and many. It is considered one of the most famous cities not only in Turkey and the region, but in the world, and one of the most important of these features comes the strategic geographical location that this city enjoys, as it mediates the most important trade routes The world in its various forms, including land, sea and air. It constitutes a connecting point between Europe and Asia, occupying a very vital location thanks to its mediation of the land trade routes between the two continents. In addition, it overlooks a large group of very important and vital seas. Many of which are considered the only sea port for several European countries and cities, which increases the importance of the city of Istanbul, and do not forget to mention that Istanbul has the largest airport in the world, which secures air transport flights for passengers and trade to and from different parts of the world That is, the new Istanbul Airport, which also includes Ataturk International Airport, which is no less important than its predecessor.

Secondly: The distinctive structure of Istanbul:

One of the most prominent features that makes Istanbul so special, not only when compared to other European cities, but even major global cities, is that it is divided in a unique and striking way, which is noticed by various tourists and visitors who take a look at this charming city, as it extends over a very huge geography, between the continent of Asia and the continent of Europe, meaning that the city is located within both continents and is already divided into an Asian part and another European, and each of them has its own special areas and features that differ from the other, and each section has a unique touch and character that makes it It is very attractive. In European Istanbul, which is called the high-end part of Istanbul, there are many luxurious and high-end residential areas, as well as vital and strategic commercial areas.

Third: Not the capital, but the most important city:

The capital is usually the most developed city in the country, and this applies to different European countries and cities, as the capital is the largest and most populous city in the country and is the most important commercial, economic and political center. However, what distinguishes Istanbul from other cities is that it occupies the position of the most vital and important city in Turkey, despite it not being the political capital, as the capital of Turkey is in fact the city of Ankara, which is known to be unknown to many people, as Istanbul is already the most Turkish city It is famous, especially for foreigners, and it occupies a vital position for the country. It is the economic capital and the largest commercial center, which includes various types of investments, trade and transactions. It is also the largest Turkish city in terms of area and also has the largest number of residents in Turkey.

Fourthly: The spread of tourist and historical attractions:

Istanbul is a tourist city with distinction, and although many European cities are classified as tourist cities as well, what distinguishes Istanbul from it is the spread of tourist and historical attractions from different religions and cultures, not only Islamic or Christian, as Istanbul includes a large number There are very many Islamic mosques in addition to owning the largest mosque in the world, and Istanbul shows the extent of harmony and great coexistence between religions through all those churches and mosques spread side by side.

What distinguishes Istanbul from other European cities