Advantages of living and investing in Antalya real estate 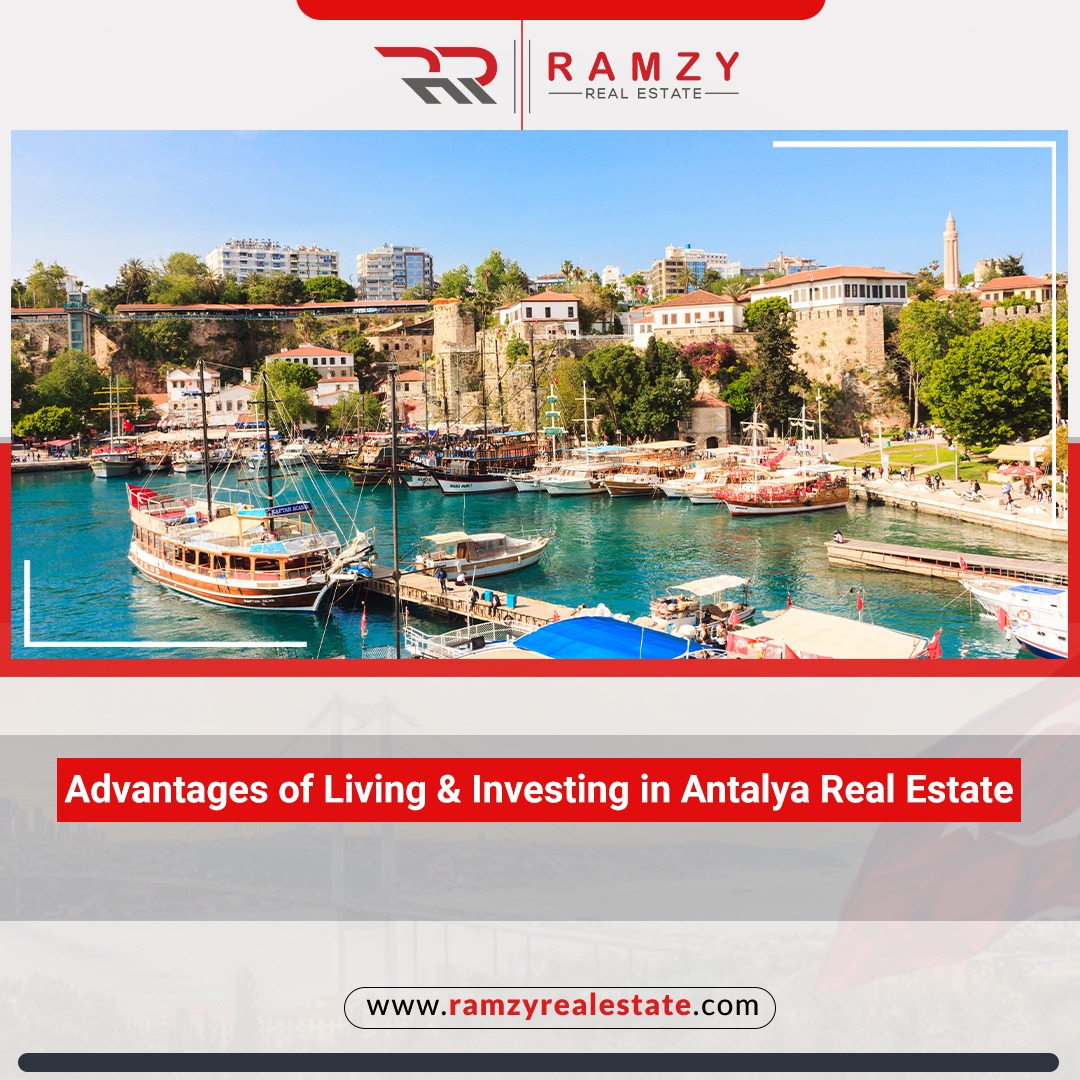 Antalya is one of the most important Turkish cities in terms of tourism and investment, and it is one of the most important tourist destinations for Europeans, especially Russians and Ukrainians, as it is a global region that has been able to absorb many cultures from Eastern Europe, British and also from the Middle East. Huge variety of themed restaurants, shops, and businesses, as well as a variety of languages spoken by foreigners and Turks.

The city at the Mediterranean enjoys a sunny weather most of the year. It stretches over an area of 500 kilo meters of coastline and offers some of the best beaches in Turkey, it also offers a range of seaside cities and villages such as the golf capital of charming Belek, and the city center that includes many important tourist attractions, at a time when most of the cities of northern Turkey are covered by snow, Antalya and its residents enjoy the warm winter sun.

Antalya is also one of the most important real estate investment destinations for many investors, which is the natural result of the large tourist turnout it witnesses, and it has become a preferrable destination for living and stability for many, especially for the lovers of the sunny spring weather, so the real estate market in Antalya has witnessed a great booming in the past five years and has become an excellent real estate investment destination like the rest Turkish cities

Antalya was able to gain a great reputation among foreign investors as a guaranteed destination for real estate investment, especially since one of the factors of this reputation is the diversity in types of real estate, to make Antalya the second most preferred destination after Istanbul in the ownership of the Turkish real estate market due to its strong infrastructure represented in the transportation network, its available service centers, shopping centers, and other integrated services and facilities that meet the city's growing tourism and real estate needs. In this article, we will focus on the advantages of living and investment in Antalya real estate.

Why Antalya is an exceptional destination for real estate investment?

Antalya is a popular destination for Europeans, especially from Russia, Ukraine, Germany and England, the most nationalities buying real estate there. It is a multinational city and ranks second most preferable for foreigners buying real estate after Istanbul, Real estate sales in Antalya have been affected positively since the Russian invasion on Ukraine, as many Russians and Ukrainians have fled to Antalya, their most preferred destination, besides those who stuck as they came there to spend their holidays in that period. Once the war broke out, they remained here due to the catastrophic situation in their countries, which was positively reflected in real estate sales in Turkey, especially Antalya, as the war led to an increase in home sales and rents, according to data of Turkish industry, the war that has led some to rent apartments and others to buy properties.

Residential real estates’ sales in the city have jumped nearly 28% year-on-year in February to 4,727 apartments, while rents and house prices rose in most of Antalya's neighborhoods.

In 2017 Antalya was at one time the first destination city for real estate investment for buying real estate by foreigners, it was superior over Istanbul with more than 25,000 purchases, and this was the opposite of expectations at that time, especially since Istanbul was in the lead in sales to local buyers.

In 2018, nearly 8,000 foreigners bought apartments and villas in the region stretching from eastern Alanya to Kalkan, which is characterized by luxury villas, according to the official statistics of the National Statistical Board issued by “Turk Stat”, and in 2019 the number of homes sold to foreigners across Turkey was 45,500 homes. Approximately, the share of Russian citizens amounted to 2,893 houses, and most of them were in the city of Antalya.

Antalya has various options that suit all budgets, as real estate prices start from 50 thousand dollars, and with the diversity of real estate types in Antalya from villas, apartments, shops and hotel apartments, it is a lasting market desirable by Turks and foreign investors, so real estate investment in Antalya by daily renting is considered a profitable option, with a profitable return for its owners, especially during the seasons, but this type of real estate investment must be studied well and carefully, and it should be in areas that are popular with tourists, with open views of the sea or beautiful nature, and close to vital or central places in the city.

Reasons to buy a property in Antalya

Antalya has an excellent transportation network, as it is easy to reach through other cities, and also travel to it from other countries thanks to the new airport, which deals with more than 18,000 domestic and international travelers every year, and it is one of the leading tourist airports in Turkey.

Antalya is also strategically located on the D400 highway that connects eastern and western Turkey, so motorists can move around easily, the city also has a great and cheap internal transport network to connect you between places in Antalya and the rest of the country, the transport network is one of the best transport networks in Turkey and it is a strong attraction for potential property buyers.

2- The cost of living in Antalya

Two main reasons why foreign love living in Antalya are the lifestyle and the cheap cost of living, as the utility bills are cheap compared to other cities, it is12% cheaper than Istanbul and 43% less than some European cities such as London in general, which contributed to attracting most of the arrivals to Turkey in general and Antalya in particular, and despite the significant increase in prices during the past five years, it is still significantly cheap compared to other countries.

Antalya also provides luxury life, comfort and happiness for its residents, as many foreign investors prefer to buy homes close to the Mediterranean, where living just ten minutes by walk from the beach.

3- Enjoying sunny weather all the year

Antalya is characterized by sun all year round, especially during the winter, three hundred sunny days a year. This is what distinguishes the climate in Antalya, which encourages many outdoor activities, while it snows and rains in Istanbul, Antalya residents enjoy the sea atmosphere and sit on the seashore, a climate that Europeans miss in their countries due to the tough winter weather that extends most of the year, and therefore Antalya is an attractive destination throughout the year for them, especially retirees, who want to buy a house.

Located in the center of the city, these two areas are fast-growing, it has modern lifestyles and accessible by transportation, filled with shops, banks, restaurants and other services.

Alanya offers a wide range of properties for sale from one-bedroom apartments to large villas, it offers the lowest prices per square meter on the Mediterranean coast of Turkey. The city is not only growing in terms of tourism, but also at the level of real estate projects that are booming remarkably, encouraging a large number of investors to buy real estate in it.

Famous for its world championship golf competitions, Belek has become a small center that offers a wide range of services, restaurants and shops in addition to its great location on the sea.

It is a mountainous area high from the ground and is famous for its luxurious villas with modern architecture, designed by architects to take advantage of this height, as it provides its residents with stunning views of the Mediterranean Sea.

Advantages of living and investing in Antalya real estate