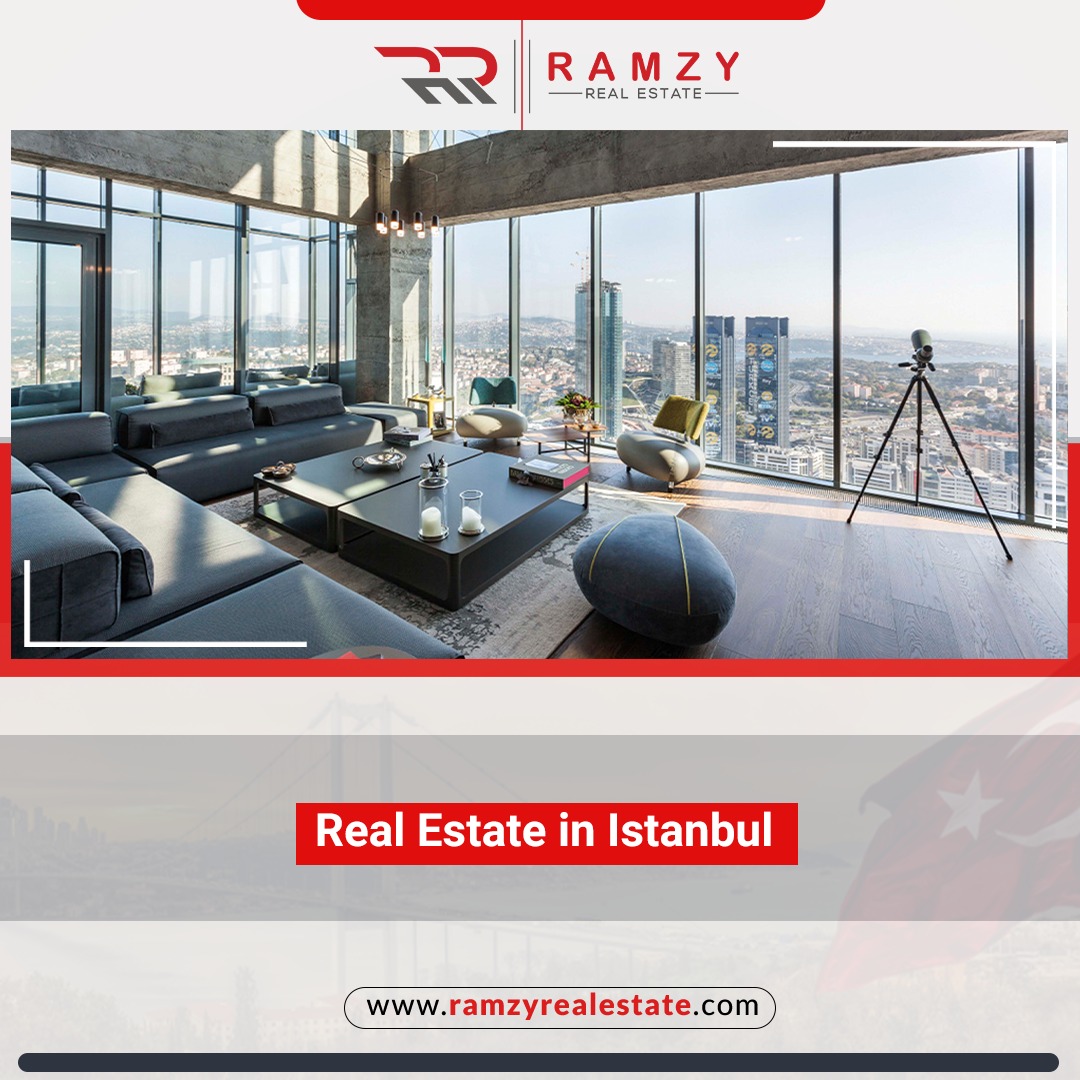 Turkey includes many large and strategically important cities, the fame of each of which extends beyond the scope of Turkish territory to include the region as a whole, but Istanbul stands out strongly among all cities in Turkey, despite being not the political capital of Turkey except It nevertheless possesses an importance for the country that rivals and often overcomes the city of Ankara

The city of Istanbul is considered the economic capital of Turkey and the most important and largest commercial center in it, and this includes various forms of trade from sea, land and air, in addition to that it is classified as the largest city in Turkey and has the densest population compared to the rest of the Turkish cities. The city of Istanbul has the ingredients and factors that make it the ideal place for various types of investment, especially the purchase of real estate in Turkey:

As real estate in Istanbul is considered one of the most preferred types of real estate in Turkey by foreign investors, and the reason for this is, as we mentioned, the advantages of Istanbul, as we start with the strategic geographical location that this ancient city enjoys, as it constitutes the link between Europe and the continent Asia, which distinctively consists of two sections, based on the Asian section and the European section, and the famous Bosphorus Strait separates between these two sections, which makes the city of Istanbul a distinctive destination. In addition, this geographical location makes it mediate the most important trade routes between the two continents of the ancient world. Especially the land trade routes, and the city of Istanbul is surrounded almost from various sides by important and vital seas, as each of them constitutes vital maritime trade outlets for neighboring European countries such as the Marmara Sea, the Aegean Sea, the Black Sea, and most importantly the Mediterranean Sea, which contributes to Enhancing the importance of the city of Istanbul as a sea port for global trade and reaching air transport, in which the city of Istanbul is one of the strongest and most important cities in the world, as it includes the new Istanbul Airport, which is the largest airport in the world m, which secures the connection of Istanbul with different parts of the world from cities and countries, in addition to the presence of Ataturk International Airport, which is vital for air navigation, whether in terms of passenger transportation or global trade.

Real estate in Turkey in general is of great importance and is known as the preferred choice for foreign investors who want to achieve investment returns, and Istanbul real estate is not different from it, but rather it is even the most famous among the masses of foreign investors and their first choice, due to what real estate enjoys Istanbul has features and components that make it an ideal option for investing in the real estate sector in Turkey.

- Of course, we begin with the strategic geographical location that it is characterized by thanks to its presence in the city of Istanbul, which provides many investment opportunities, in addition to the fact that the large number of sea coasts in the city of Istanbul provide an abundance of The ideal spaces for creating apartment projects for sale in Istanbul overlooking the sea and various types and forms of real estate such as villas for sale in Istanbul on the sea, offices, hotels, and many more. Each of these properties has charming sea views that make it one of the most beautiful properties in the region, in addition to These sea views raise the value of the property in Istanbul significantly, due to its high investment importance and the fact that the demand for it is high and continuous, meaning that buying a property In Istanbul overlooking the sea carries benefits in various respects.

- Istanbul real estate is also characterized by luxury and modernity, as the city includes many areas that are known to be one of the most prestigious areas and include various forms of luxury real estate in Istanbul, which attracts large investors and the rich among them from the owners of capital and businessmen, thanks to what it provides These properties are luxurious services that provide a life full of luxury, in addition to the fact that various Istanbul properties are built according to the latest architectural designs and the finest types of building materials in accordance with international standards, and are insured against earthquakes and natural disasters and are able to survive them.

- Istanbul real estate is well served thanks to the advanced infrastructure that the city enjoys from various forms of service and recreational facilities, such as public and private schools, international universities, hospitals, health centers and clinics, in addition to various forms of government departments that serve citizens at all times. Round the clock, and don't forget the international shopping centers, mega malls, and other means of entertainment such as public parks, picturesque green spaces, amusement parks, water centers and many more.